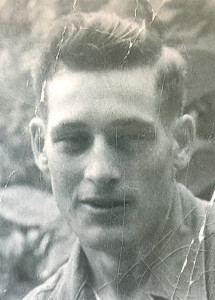 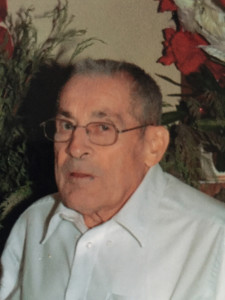 Mr. Louis R. Wells, age 81, of Sprucedale Drive, died Wednesday at his home where he is was under the care of Hospice of Jefferson County and his family.

A Celebration of Life is scheduled for Saturday, January 2nd, at the LaFargeville American Legion from 2pm on.

Lou was born November 27, 1934, in LaFargeville, the son of Ross Wells Sr. and Phoebe Robbins Daughen. He attended LaFargeville Schools.

He enlisted in the United States Army in 1954, where he was stationed in Panama City, Panama. He was honorably discharged in 1956.

On December 15, 1956, he married the former Maria Martinez Nunez, at the Catholic Church in Panama City, Panama.

Lou worked for a time at Crowley’s, and retired in 1994 as a Heavy Equipment Operator for the New York State Department of Transportation after 25 years. After his retirement, he hauled milk for various farms in the area and also drove dump truck for Thompson Farms. In the summer, he also worked for the Village of Clayton as a Dockmaster at Mary Street dock.

Lou enjoyed playing cards, visiting with everyone, playing with his kids and grandkids, watching sports, gardening, and square dancing.

Two sisters, June Donaghy of Stone Mills, and Lana Petrie of Rodman, died before him.